These are the kind of days that make you drool as a day trader.  Today started off choppy with a support and resistance area holding in the beginning of the day but I was still able to extract a few points out of the market.  It always pays to be disciplined and with the areas holding I was just looking to just get in and out.

Click on any of the charts to maximize them so you can the trades a bit better. 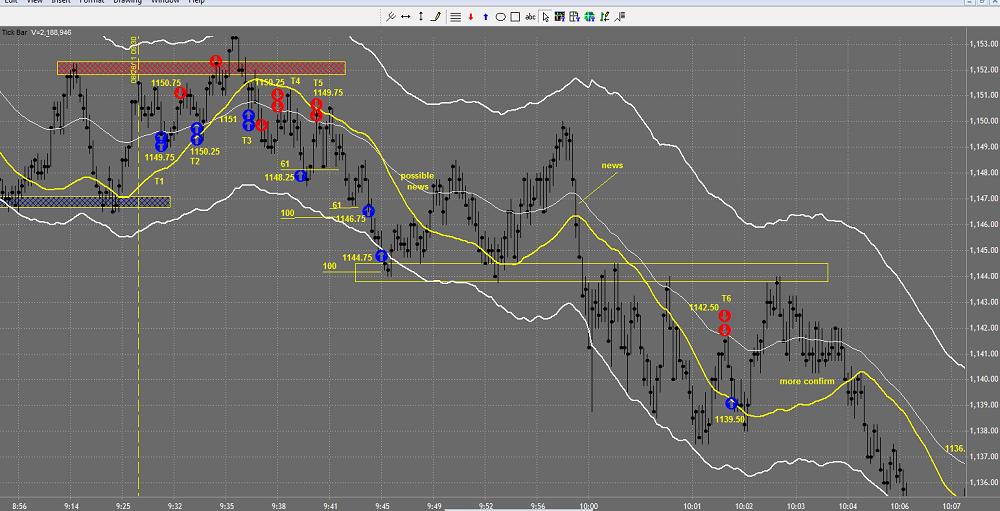 Once the Ben Bernanke news came out that sent the market racing and I decided to just stick with a 2 point target due to the volatility with the market.  Sometimes after news there is a lot of indecision and the market can run in one direction and then quickly move in the opposite direction.

We had a brief move to the upside which didn’t have enough confirmation up so I decided not to take any longs.  Once the market confirmed that it was continuing to move to the downside I took an additional short (T7) which was a loss.  Still a good trade.  The market then stuck around for a bit tempting me to go long but I still needed to see more confirmation.  Once we got the pop up I decided to go for it and the market just ran.

I never feel bad when the market runs without me because I know that trade netted me 5 points on the second target.  With the increased market volatility I plan on letting some contracts run to catch those very big 8 and 10 point winners

There was a potential trade just before T9 but I didn’t take because I didn’t like the entry.  T9 worked out nicely to the downside and T10 was a good trade that just didn’t work.  The dynamic at this point in the market has changed as the market was moving down for most of the day.  Now you can see the overall market movement is up.  I took T11 without hesitation to the upside and you can see the adjustments in my 2nd target.

There was an incredible amount of strength to the upside so I decided to minimize my risk by tightening my stop and getting out at 1160.25 after the market overran the outer band significantly.  Another long at T12 worked out and then the market momentum shifted back down.  After T13 I decided to call it a day.  After 11am today the market slowed significantly but there was still good opportunities. 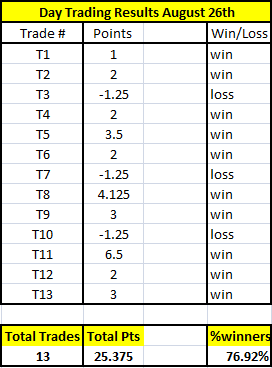