It just wasn’t enough that one went live in 3.5 weeks.

No, he was lonely.

He needed a partner in crime.

At least that is the way it seems like. Santiago, the second trader to go live, he snuck right behind our expectations of what he was going to be able to do trading. The guy is cooler than the other side of the pillow.

Laid back as a rocking chair.

As easy going as your underwear.

Too far? Take a look at the picture below and meet two of the three members that are currently doing internships with us and the prestigious EAFIT University here in Medellin, Colombia.  Guess which one is Santiago. 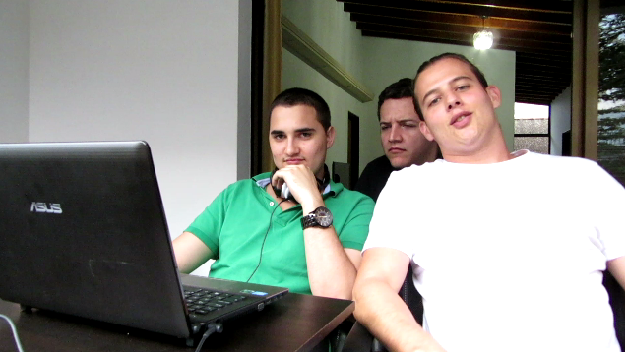 Two thirds of the Colombian Internship Crew In Medellin

Santiago (on the left) and Camilo (the trader that went live yesterday for the first time not pictured above) both have a similar style.

They both are clear in the decisions they make and the trades that they are willing to take.  They identify patterns correctly and are able to overcome challenges to be able to get to where they need to be.

Notice how he was a bit indecisive on his targets but was still able to extract great profit from the trade.

The last trader that is late to the going live party is Andres which was also in the video.  We actually have 27 traders under contract here in Medellin, Colombia. As the word continues to get out that we already have not one but two profitable traders in under a month demand is beginning to skyrocket for the program.  We always ensure to have two interviews with each Colombian trader that wants to join the internship program.

We run it very similar to the training program in that we want to ensure that they are a good fit for us and that we have availability. With Camilo and Santiago already making money and great decisions we may be able to start training fully in Spanish.

We already have one of our up and coming traders starting the training program in Portuguese.

So far we have our center here in Colombia, Brazil has already been started (fala Portuguese cara?), and we also have a variety of mobile traders in India, Canada, Spain, and soon possibly the Philippines. 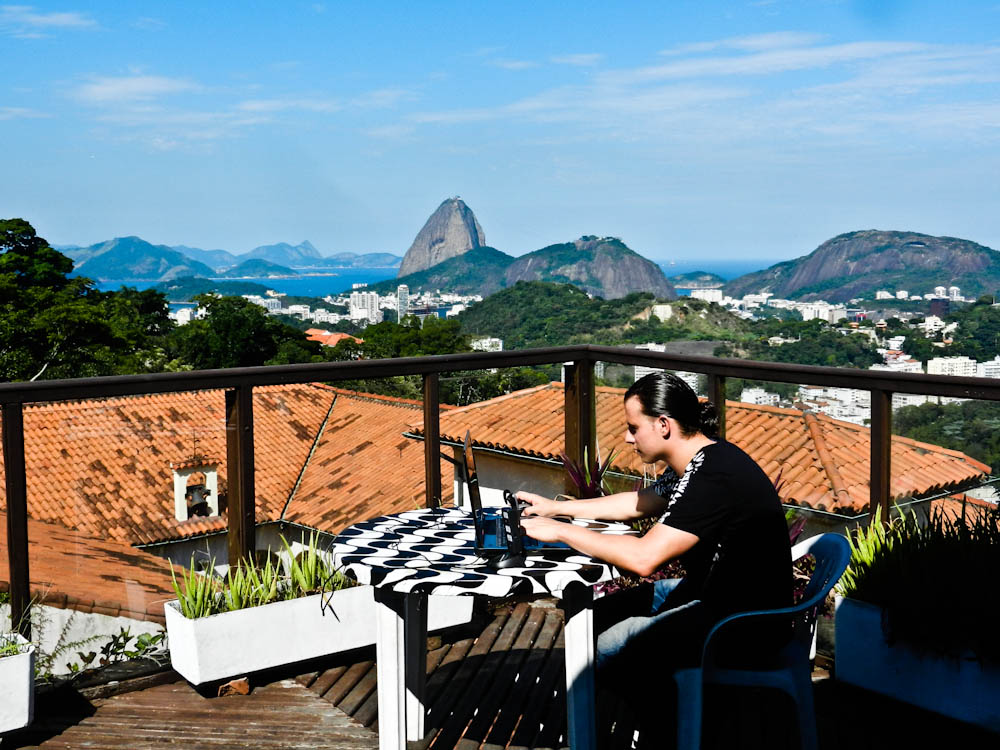 Our old day trading office in Brazil.  Not a bad view at all.

The traders in Canada come from a prop firm that offers million dollar trading accounts.  Most of them decided to trade our Congressive Trading System either exclusively or in tandem with their other strategy.

What may surprise you is that they have the possibility to make more money trading with us now than with million dollar stock trading accounts.  Initially we thought that the Canadian traders were going to be able to do better than the Colombian traders.  This was because they have already traded large money with million dollar accounts and would act as a seasoned trader when it came to trading live.

Look forward to sharing updates of all of our Colombian traders.

Until next time… stay profitable my friends.