As the global economy continues to stagnate and economic policy in the world’s powerhouses continues to degrade there are less opportunities to make money in the traditional manner.

As time goes on there are fewer ways of protecting our investments.

Around the time of its independence in the 1960’s Singapore and Jamaica’s GDP were roughly the same.  Jamaica decide to focus on tourism while Singapore decided to reform its economy to transform the country into a manufacturing and industrial powerhouse. 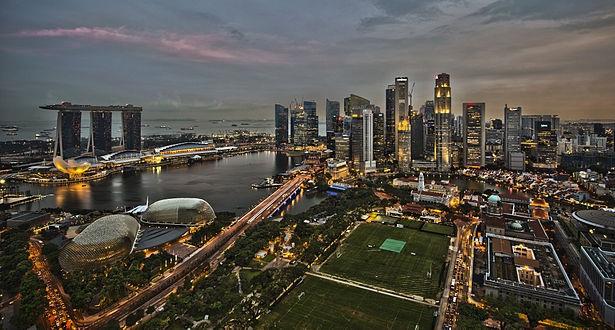 Once the service sector grew, Singapore in the 1980’s began focusing on higher technology industries.

The country began to emerge as an important transportation hub with the emergence of Singapore Airlines.  The  port facilities of Singapore became one of the largest in the world.

What I want to focus on is how Singapore went from doubts of being a viable country in the 1960’s to becoming one of the world’s foremost economic powers for its size.

The country in the 1960’s could be described as a modern day basket case; no resources, no land, rampant unemployment, and a complete lack of infrastructure.  What Singapore has managed to achieve is beyond imagination in just one generation.   One can compare it to South Korea and Kenya.  In the 1960’s South Koreans were poorer than Kenyans and now they are over 20 times richer.

There has been very little economic progress in Kenya since the 1960’s while South Korea has flourished.  We buy popular South Korean cars, cell phones , and gasp, South Korean music.

The popular Gangnam Style music video for example is the first to reach 1 billion views on YouTube.

Now that modern day Singapore is known for a pro-business, open economy, the feats it has achieved are incredible.

Just to put this into perspective, Singapore is the second smallest country in Asia and only lays claim to roughly 5 million people.  It is one of the 25 smallest countries in the world and if inhabited land is considered it would make the country even smaller.

Comparing to a familiar economy, Hong Kong has long been known as a global financial hub.

In other words, how does a tiny country with no resources achieve so much?

Everywhere we turn there are more and more signs that Singapore is the place to be when it comes to business.  Jim Rogers, the legendary investor, decided to move to Singapore because of how well businesses are run there.

With our current base of operations in New Delhi, India, we have been visiting some of the top attractions in India.  We booked a few hotels with Expedia.com (USA site) and Expedia.co.in (India site).  When the confirmation emails arrived at the bottom of each email was the following: 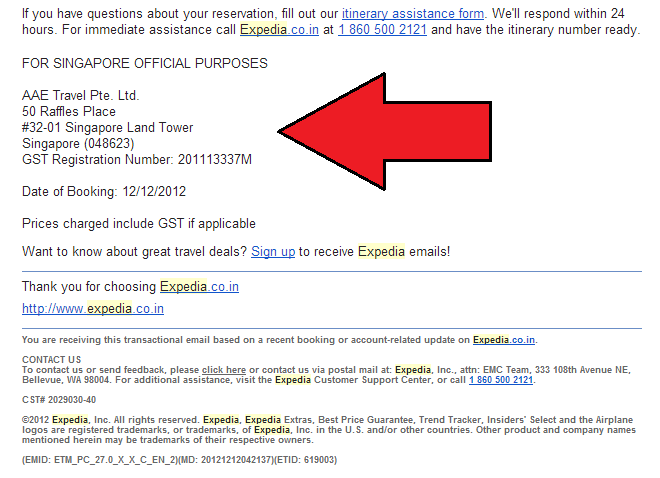 Surprised?  Expedia, a multinational company must know what they are doing.

If an economic crisis arises, which we suspect will start in 2013 or 2014, we want to be in a place where things will continue to function. A place where laws are abided by and there is little corruption. Singapore has been praised by international reports of corruption free and business friendly government environments.

I was surprised to read in the Times Of India one morning how corporations in India choose to handle legal issues and litigation in Singapore. Why not Australia or Europe?  When the horrible rapes in New Delhi occurred that would capture the worlds imagination, few at the time recognized that the victim was taken to a hospital in Singapore for advanced treatment.

There are golden ages in history when it seems the right people gather at the right time to create something that stands the test of time.  There was the prominent Golden Age in Greece presided by Pericles.  The Golden Age of the British Empire in the 19th century and who could forget the Golden Age of America, the birthplace of modern democracy.

It seems as if Singapore is now experiencing  its own Golden Age.

The rise of Asia will continue to fuel one of the most unique and dynamic economies on the planet. The real question is, will you participate or stand by as the western global empires fade into time? There was a period in history when no one could fathom the idea of the Roman Empire falling into pieces.

Could it actually be possible that the Pax Americana of the second half of the 20th century  and the beginning of the 21st centuries is now itself in jeopardy ?  The economic , political, and military structures that have been in place for 60 to 70 years  are becoming unraveled at a speed that is creating great uncertainty throughout the global market.  As an investor and day trader one must be aware of these monumental changes.