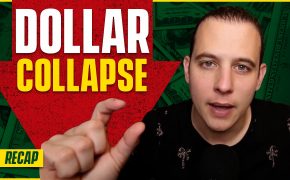 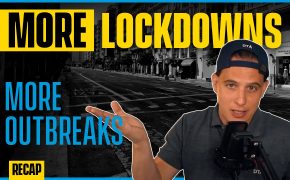 In today’s recap, Marcello talks about the Indian government imposing a lockdown due to air pollution; is there a new Smallpox pandemic coming? Vials with the virus have been found; scientists discovered a new planet. The Austrian government on Friday announced that it will extend a lockdown of unvaccinated people to the entire nation starting Monday in a battle to get rising COVID-19 cases under control. It will run for 10 days & a maximum of 20 days. Austrian Chancellor Alexander Schallenberg […] 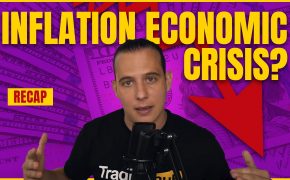 In this week’s Recap, Marcello tells us about how Elon Musk might be manipulating the markets; Are we walking into an economic crisis driven by inflation?; Due to the increase in the total amount of dollars in existence, holding it’s value is now a problem. Tesla CEO Elon Musk on Saturday asked his 62.5M followers on Twitter in a poll if he should sell 10% of his Tesla stock, already facing a $15B tax bill & to pay for an upcoming possible […] 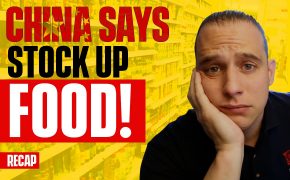 In today’s Recap, China suggests their citizens to stock up food facing the coming winter; NASA is planning on launching a rocket against an asteroid as a “planetary defense” for practice; Elon Musk is again the richest man in the world. Squid Game cryptocurrency plunges to 0, after its creators who some now claim are actually just scammers, end up stealing $2.1 million from investors. SQUID had surged to as high as $2.861 before the creators sold their holdings for real cash. […]

The American election results of 2018 almost guaranteed, there would be a struggle for power in the United States between Democrats and Republicans. What is dismaying, is that it would occur over the issue of national security. Any objective person can clearly observe, that the border between the United States and Mexico is becoming increasingly dangerous. Illegal activity coming from this porous frontier, has major consequences that have permeated throughout the United States. The endless caravan of drugs, illegal migrants and human […]

Nicolas Maduro was inaugurated as President of Venezuela for a second term in early January. He can now be seen as one of the worst peacetime leaders ever, not only in the history of the country, but worldwide. A second six year term for Maduro, will bring nothing short of catastrophe, for the long suffering citizenry. As the economy collapses, Maduro is running out of gimmicks and excuses to explain why his brand of socialism,will fail to bring anything to the people, […]

Colombia a nation of more than 49 million people and a country rich in natural resources, has enormous potential as an export giant and economic power. In order to fulfill this promise, investments from both within and from abroad, must be promoted. However, foreign investment is dependent on a legal framework, that supports growth and above all security. Former President Juan Santos had become term limited, and once again Colombian voters were being asked to choose between the policies of the left […]

Rarely have midterm elections in the United States been so crucial to the overall economic and political direction of the country. The nation remains deeply divided, as the electorate becomes increasingly intolerant, of viewpoints outside their own political affiliation. Centrists on the left and the right, are being sidelined, by party purists. This is the biggest voter turnout for a midterm election, since 1966. Already 34 million people have voted. Nationally, Republicans were leading by 2%. It is usually Democrats, who win […]

It was not the way German Chancellor Angela Merkel thought she would be spending, the beginning of her fourth term in office. After 13 years in power, her political coalition is unraveling and there is little that can be done, to reverse the downward spiral. As head of the Christian Democratic Union (CDU) since 2000, there are those within her own party, that believe the political endgame for Merkel has finally arrived. Germany is doing financially well, the federal budget has a […]

Brazil, the economic giant of South America and 8th largest globally, has been cursed with poor governance for decades. The electorate has responded to the irresponsible siren call of government largesse, for most of the 21st century. The negative and sometimes freewheeling role, that public officials have played in the economy, has reduced overall growth and made the entire country poorer. The Brazilian left-wing socialist Workers Party (PT) in power from 2003 to 2016, provided short term rewards at the expense of […]