My emini day trading and traveling around the world has brought me to the last country I am going to live in South America, Brazil.  There is more than one goal at hand when I arrived in Brazil, it’s not only to experience the culture & people (ahem women) but also to see the possibility of opening a day trading center here.  The middle class in Brazil is exploding and the Brazilian market will soon be as big as the current market in the United States. 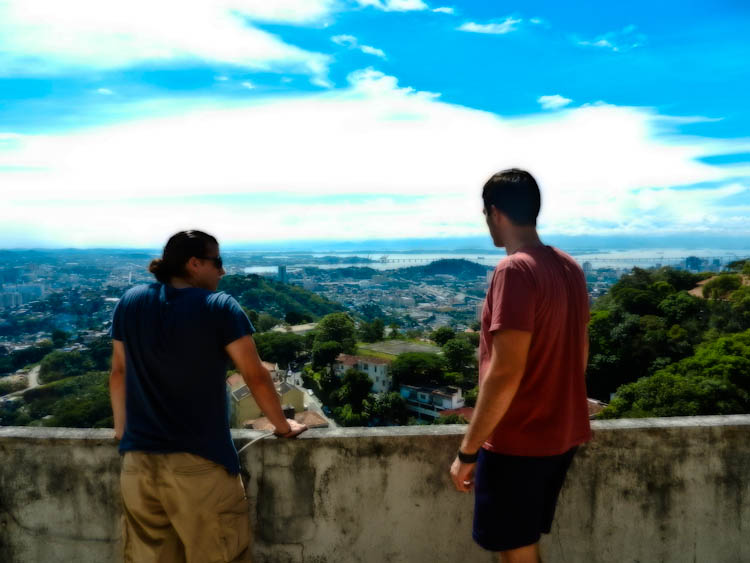 It will be possible to day trade on Brazilian exchanges and also find Brazilian day traders.  I chose Rio De Janeiro simply because it’s Rio, how else could you not say that you have lived in Rio.

I read about the island of Florianopolis being a gorgeous location and I am more than happy that I decided not to live there considering I was highly disappointed when I arrived (read more on my Brazil travel blog).  After being here for two months I have decided to embark on a new adventure but I will be back in Brazil soon enough.

I brought along fellow day trader and traveler, Brice, in order to take Brazil by storm.  He took his visa process by storm since we both didn’t consider that he needed a visa to arrive in Brazil.  I already obtained a 10 year visa, accidentally I might add, when I visited the incredible Iguazu Falls in 2010.

He ended up taking a million flights, more than a fair share of taxis, and visited nearly every country on the Western side of South America.  He also took one boat ride, just one. 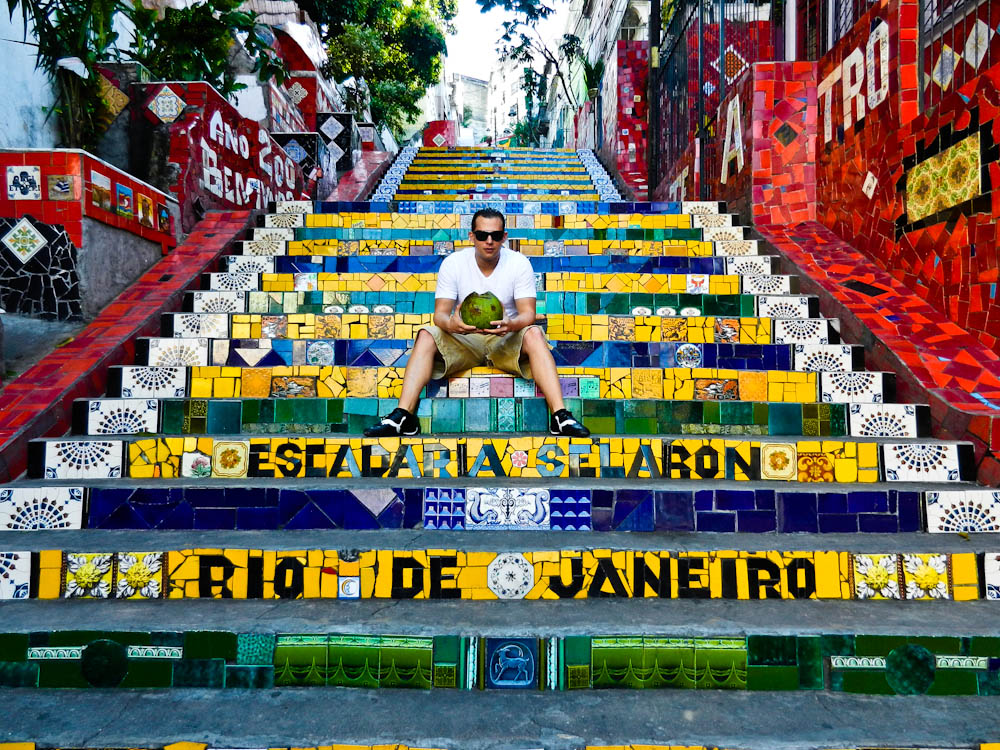 Before he arrived I had the almost impossible task of finding an apartment for the both us that didn’t involve sharing a bed.  Accommodation in Rio De Janeiro is incredibly expensive and also hard to find, if you do plan on moving to Rio make sure you start your apartment hunt soon before you arrive.

Two days before Brice arrived I procured an excellent penthouse for the both of us to call our temporary control center in Brazil.  The Learning How To Day Trade Project in Brazil was born:

I met Brice while making a temporary stop in Medellin, Colombia.  Medellin happens to be one of my favorite places in the world and we immediately hit it off.  Brice trades stocks, a million dollar fund worth of stocks, and the idea was to train him to trade my system so he can make more money.

Apparently word got out that I have the biscuits and gravy when it comes to emini day trading.

We partied hard at Carnival in Colombia, discussed business over nothing else other than sushi, and the day I invited him to come to Brazil he purchased his flight.  We had a great time in the 3 weeks that we were together, some will be shared, the other some, not so much.  It’s going to be fun sharing all my day trading offices while I continue to day trade eminis in Brazil.

I’ll have more updates soon on how the networking and the plan is forming to get the day trading center up and running.  Since my day trading strategy is highly effective the idea is to train people to use my system and then have them help me train others here in Brazil.  Since I have a beginner’s system (see the most recent results) it shouldn’t be hard for many people to catch on. I will be taking a trip to Sao Paolo as I have realized that most day traders are located there, surprising considering it’s the largest financial center in South America (sarcasm).

Until next time.. Fica Com Deus.