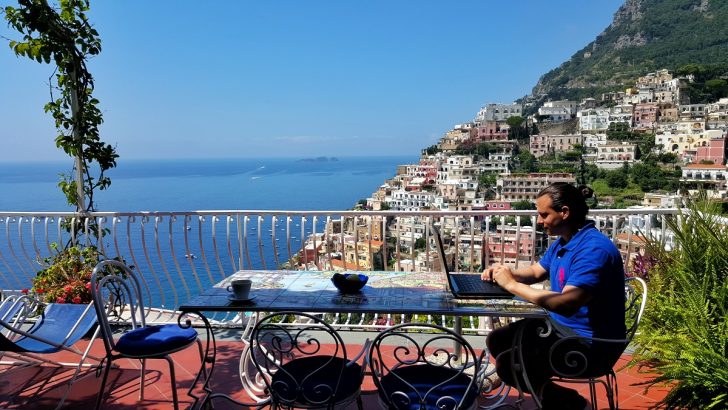 Most people think that the best laptops for traders are top of the line machines that need to cost thousands upon thousands of dollars.  The reality is that most laptops have sufficient specs in order to day trade any market around the world.

We also don’t need a specialized computer that is custom built for this purpose either.  A rule of thumb is a standard $500 computer will be more than enough to trade.  To do any kind of trading.

With the rise of online trading there are a slew of platforms, web trading programs, and even day trading strategies to trade with.  One thing to consider is some trading systems are not supported on all platforms (Apple is a good example). NinjaTrader for example, only supports Windows.

Don’t ever EVER purchase an HP laptop for trading. I would actually recommend that an HP laptop is never purchased in general.  When I first started to travel around the world I purchased two 18 inch HP laptops in order to ensure I had a backup machine. This is the first time I left the United States to day trade and travel the world.  I was worried if one of the computers would have failed me, what would I do?

How would I be able to trade without a backup computer?

The ironic  situation is that both HP laptops failed on me miserably. HP actually has a design flaw and they are prone to overheating. I would be entering a trade in the middle of the market session and the computer would just turn off, without warning.

Later I found that HP develops their machines with a fatal design flaw prone to overheating.

This was the one time that I turned my back on Dell, the brand I consider to have some of the best laptops for day traders.  After the debacle with the HP machines I sold both on Ebay and returned to the trusty hands of Dell.

Other brands are also okay to buy including Acer, Asus, Toshiba, and the Lenovo Thinkpads. Although I love Samsung for monitors and cell phones I would not recommend Google or Samsung laptops. Most are undersized and don’t have sufficient performance specs.

If you want to get fancy one may consider MSI laptops which are higher end. I have recently purchased a refurbished top of the line gaming laptop from Dell’s Alienware line. Most higher end laptops can be purchased at an ultra discount refurbished or used. 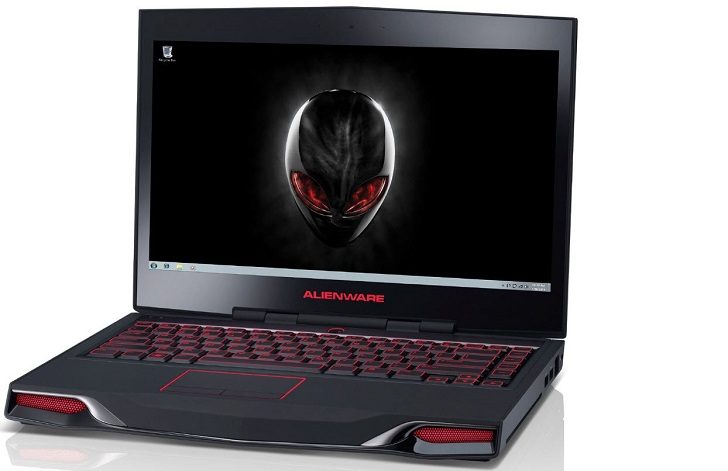 The best size laptops depend more on what type of trading you will be doing. The question here is do you take more long term positions or short term? Are you trading futures, stocks, options?

Traveling and day trading is a consideration for the size since it does have to be small and light enough to carry around. At the same time we need enough real estate on the screen in order to see the markets.

Screen size is important especially if one is working with technical analysis, we need to see the small intricacies of the market.

The right size laptop for traders is about 17 inches.

This is just large enough to fit in most bags and also relatively light. The smallest size recommended is 15 inches. Once we go smaller than 15 inches there screen becomes to small in order to see.

Second monitors are an option especially since the new LED monitors weigh less than a pound and are the size of tablets. Video coming soon on that. 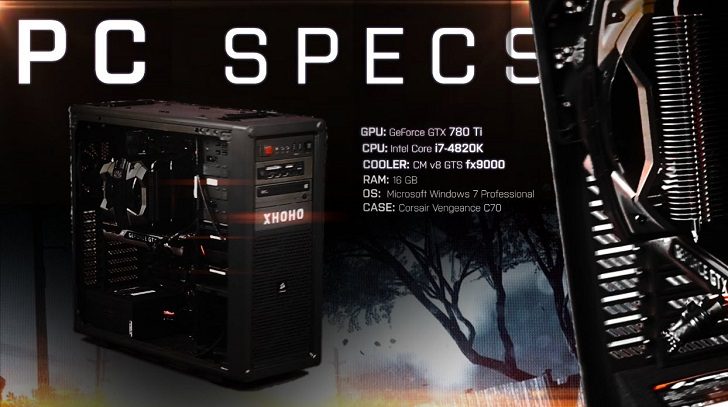 The right specs for your laptop

Most processors now a days are good enough for the best laptops for traders. Even if its an older Intel Celeron Processor.

Hard Drive (HD) size also doesn’t matter. Most HD discs are cheap which is the reason most laptops now a days have massive terabyte hard drives. If this sounds alien to you then what you should focus on is an SSD drive. A solid state drive.  These are great (and a bit pricey) because there are no moving parts.  No moving parts mean they are much faster than conventional drives and also more reliable. No moving parts also signifies that they don’t fail.  I recently dropped my laptop and was not able to recover the information from my hard drive.

The god awful Windows 8 and the privacy violating Windows 10 will do the trick as well. I am not sold on either. When I purchased new Alienware laptop last year it was equipped with almight Windows 7. I plan on sticking to Windows 7 until the rapture.

The most important thing to ensure that you have inside a best laptop for trading is the RAM. The memory of the computer. If computer language sounds like Chinese to you then understand this one thing, the RAM is what the computer uses to function (essentially). If you need more horsepower it gets it from the RAM. An absolute minimum of 8 GB RAM is recommend however a more solid 12 GB to 16 GB (or more) would be much better.

The best laptops for day trading should be easy to find now that you have the full write up above. Now you are ready to learn how to trade!

Now on to the trading.

Today’s markets have been excellent. We would like to share two charts with you. The first is from one of our student traders with his results from our live class this morning.

He finished with 4 points in just under an hour of trading.  That equates to $200 with one contract and $2,000 if he was trading 10 contracts. Shows the power of leverage in the futures markets. 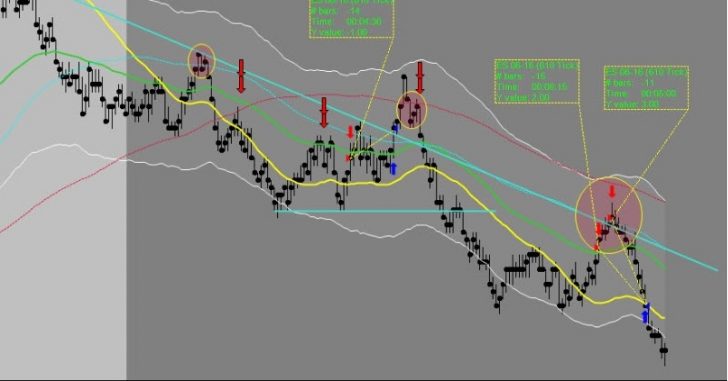 The next chart is our results so far from today with a profit of $20,431. In full disclosure and transparency we lost money today on our closed positions so far. A whopping $2659.20 in losses. I guess its a good thing that we are up over $20,000 to cover those losses. It goes to show that traders don’t always make money. We do lose sometimes….. 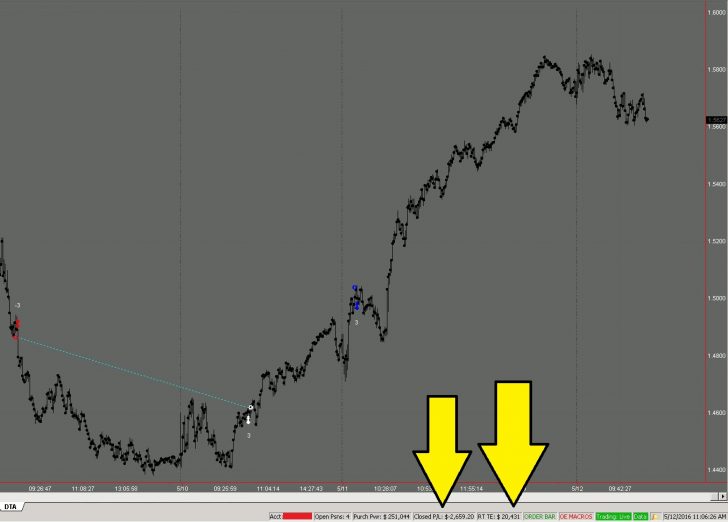