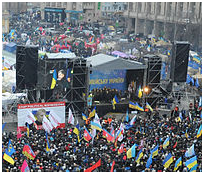 As the war in the Ukraine continues into a second year and the casualties mount, there is a growing fear among investors and the population at large, that the contagion of civil war will spread further to the west. The nations that border Russia in Eastern Europe, are growing increasingly apprehensive as that nation continues to flex military muscle. This is especially the case in the Baltic nations. As former member nations of the now defunct Soviet Union, they are concerned with the increasingly aggressive behavior Russia is exhibiting in the area. 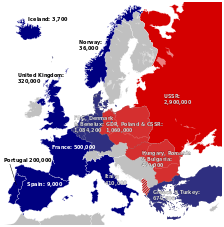 Almost all of Eastern Europe was either part of the former Soviet Union or members of the military alliance known as the Warsaw Pact. This confederation was further enhanced with COMECON, a forced economic union that bound these nations to the Soviet Union. These countries were left with little room to maneuver outside Soviet preferences in the international arena. The economic, political and social development of these nations was greatly determined by the leadership of the Soviet Union throughout the Cold War period.

The end of the 1980’s saw the grip of the Soviets in Eastern Europe ending, finally culminating with the dissolution of the Soviet Union itself at the end of 1991. This had become political reality because one after another, the republics within the Soviet Union voted for independence once the opportunity to do so arrived. The Baltic Republics had done so in 1990 and despite economic blockades and military occupation, they were able to regain their sovereignty the following year. The occupation and annexation of the 1940’s had now been reversed. 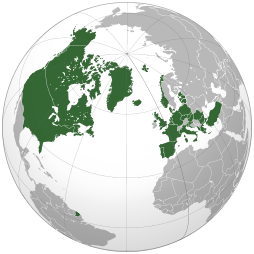 The fortuitous expansion of NATO (North Atlantic Treaty Organization) in 2004, that incorporated Eastern Europe in addition to the Baltics, was done at a time when Russia and the West had cordial relations. With this in mind the United States and its allies avoided the stationing of war material and troops in this region. It was felt at the time that there was no reason to antagonize Russia. Of course Article 5 of the Treaty which included the provision that an attack on one nation was an attack on all of them, remained in force.

Just as precipitous the expansion of the European Union that same year of much of the region and the accession of Bulgaria and Romania in 2007, were completed much to the chagrin of Russia. The 2004 enlargement included not only members of the Soviet Bloc, but 3 former republics of the Soviet Union. These were Estonia, Latvia and Lithuania, collectively known as the Baltic Republics. 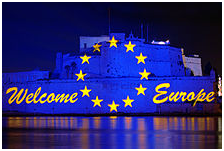 There was a great deal of controversy at the time whether this economic and military expansion would antagonize Russia, as the borders of the European Union and NATO marched east towards the borders of the former superpower itself. The former countries of the Warsaw Pact in 2004, which included the Czech Republic,Poland, Slovakia had no doubt that their future would be more secure with the Western alliance. To be fair, the enlargement included nations further away from Soviet influence like Slovenia (from the former Yugoslavia), Cyprus and Malta. 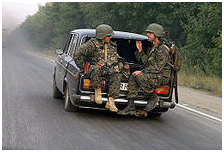 The wisdom of the push to the East would soon come in August of 2008, when Russia invaded the country of Georgia as the Bush Presidency in the United States was winding down. The Russian attack deemed the first European war of the 21st century, led to the 2 breakaway republics of South Ossetia and Abkhazia to be separated from the rest of Georgia.

The tepid response by the West would embolden the Russians in their future endeavors in the Ukraine. To be fair the sovereignty of these two regions in their entirety, was not clearly identified to be Georgian. However, the arrival of Russian combat troops was clearly in violation of international law and the subsequent occupation of the 2 areas in violation of the ceasefire since 2008, can be seen in the same light.

The former American President Bush had wanted to offer Georgia and the Ukraine NATO membership in April 2008, amid the rising tensions with Russia. However, France and Germany felt this action would be an unnecessary offense to Russia. Vladimir Putin the leader of Russia at the time, had already stated that further eastern expansion of NATO, would be taken as a threat to Russian security. So despite the desire of both Georgia and Ukraine to join the Western Alliance, the initiative failed. The Russian invasion of Georgia would follow later that same year.

Although the borders of the Ukraine were guaranteed by the 1994 Budapest Memorandum in exchange for their nuclear weapons, it has failed to protect the country from Russian aggression. The United States, the United Kingdom and Russia itself agreed to respect the independence and existing boundaries of the Ukraine. Russia would sign a similar treaty with Belarus and Kazakhstan at the same time. 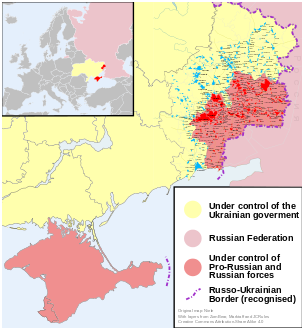 In retrospect there are some that may now wish that these two countries had been admitted to NATO as relations between Russia and the West have soured. The Russian invasion and annexation of Crimea in March of 2014 and the ensuant encroachment on southeast Ukraine the same year, clearly demonstrate that Russia intends to change the borders that existed at the end of the Cold War.

This situation is clearly unnerving to the countries that border Russia, even those that are a constituent parts of NATO. Western economic and political sanctions on Russia in response to military actions in Ukraine, have failed to reverse Russian policy in the region. In fact the lack of a military response by Western nations, has further emboldened them.

There are some nations especially those with large Russian populations like Estonia and Latvia at 30% and 34% respectively, that fear the arrival of the little green men that were the first step in the annexation of Crimea. Soldiers arrived that were dressed in green uniforms without official designation. These men rapidly took over the functions of government. Although Russian President Putin has stated that an attack on NATO by Russia is unthinkable, there are a growing number of citizens in Eastern Europe that have lost faith in such guarantees. 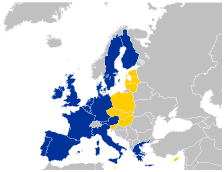 The decision of the American President Obama in 2009 to reverse the decision of his predecessor to install a missile defense shield in the Czech Republic and Poland, did not inspire confidence in Eastern Europe. Although one can debate the merits of the proposed shield, it is quite clear the so called American reset in relations with Russia have been an utter failure.

Knowing that an actual testing of the strength of NATO by Russia would be a disaster for American foreign policy, the Obama Administration reluctantly in concert with European allies has decided to store battle tanks, infantry fighting vehicles, and other heavy equipment to support up to 5,000 American troops in the Baltics and other parts of Eastern Europe. 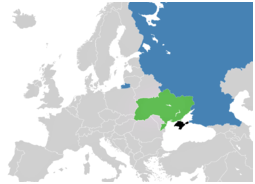 The Ukraine Is Colored Green, Crimea In Black, And Russia In Blue

The Baltic nations actually want the stationing of American troops in their individual countries, but that will most likely happen after a new president is elected in the United States. It is clear that there will be a stiffening of American resolve with respect to NATO, once the presidency of Obama ends in January of 2017.

The new policy would be a violation of the 1997 agreement between NATO and Russia, not to station forward combat troops in Eastern Europe. There are some that feel the stationing of equipment there in itself, is an infringement on the spirit of the understanding. Recent military moves by Russia have made these objections seems less convincing.

The recent provocative military moves by the Russian air force and navy in the Baltic region and beyond have made border nations increasingly jittery as to what will come next. Announcements of an expansion in the Russian nuclear missile capability as well, is an increasing sign that a new militarization of the region is only beginning. 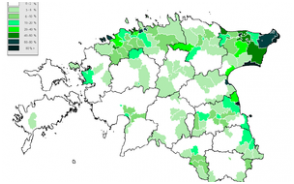 The nations of Eastern Europe have already been dealt a series of blows with the sanctions that were placed on Russia, following the annexation of Crimea last year. Exports from these countries to Russia have been interrupted by sanctions from the West and boycotts from Russian consumers and the Putin led government itself. The intermittent interruption in supplies of natural gas from Russia to the region have also had their impact.

In the last year there are a number of companies and international investors that are reconsidering, further investment in this part of Europe. They are basing this decision on increasing Russian provocation in the region and the seemingly lack of American resolve. These nations will continue to need foreign investment to fully modernize their countries and keep economic growth moving.

The policy of appeasement has been tried in the last century with disastrous results yet there are some that would repeat this historical mistake in international relations. There is a growing population in Western Europe and the United States that are far less committed to Article 5. This is good news for President Putin and bad news for the nations that border Russia.

The biggest danger at the moment is a miscalculation on the part of Russia with regards to NATO. Putin considers the breakup of the Soviet Union as the biggest geopolitical disaster of the 20th century. He regrets the dissolution of COMECON and the Warsaw Pact. Putin at present, is trying to resurrect a stronger economic relationship with former nations of the Soviet Union. If he could achieve the partial or total disintegration of NATO, it would be a major foreign policy triumph. It could also lead to war not only with a number of European nations, but with the United States as well.