Malaysia, as one of the economic tiger cubs of Southeast Asia has one of the best economic records in the world. The Gross Domestic Product (GDP) grew at an average rate of 6.5% for 48 years from 1957 to 2005. Although this rapid economic expansion has been based on the development of natural resources from the beginning, there is a growing diversity in the sectors of commerce, trade, science and tourism. Today, Malaysia has the 3rd largest economy economy in Southeast Asia and the 29th biggest globally. The country is multicultural and multi-ethnic, which has always had a substantial impact on domestic politics. 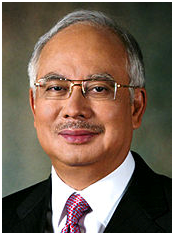 UMNO (United Malays National Organization) has ruled this diverse constitutional monarchy since independence in 1957. Opposition groups have been been gaining strength since 2008. By 2013, the ruling party received less than 50% of the popular vote, but still forms the largest group and therefore remains in power. It is expected to continue to do so, until at least 2018. Although this political reality has brought stability to Malaysia, it has also led to cronyism and a degree of corruption in the bureaucracy. It has also brought excessive executive influence in the judiciary system.

Along with the other tiger cub countries of Indonesia, the Philippines and Thailand, the economy of Malaysia is newly industrialized and market based. The government still plays a significant role in the economic development of the country, but it is reducing this activity as the modernization effort continues.

Malaysia has maintained one of the most competitive economies, it ranks 6th in Asia and 14th in the world. Last year the growth rate was 6%, the second highest in the region. Only the Philippines exceeded this pace at 6.1%. In 2013, the Malaysian economy grew by 4.7%. The growth rate for the 1st quarter of 2015, was 5.60%. 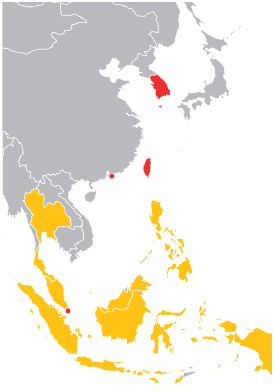 The cub nations are in the second tier in development, behind the original tiger economies of Hong Kong, Singapore, South Korea and Taiwan.

The economy of Malaysia in Purchasing Power Parity (PPP) in 2015, was $525.7 billion USD (United States Dollar). This is the 3rd largest in the region after the far more populous nations of Indonesia and the Philippines. Still, it is the 28th largest globally. Malaysia is also the 3rd richest in Southeast Asia by GDP per capita, after the city states of Brunei and Singapore. The expansion in GDP, has averaged 4.77% from the years 2000 through 2014. 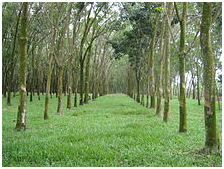 The resilience of the Malaysian economy is evidenced in the 5.8% growth rate, reported in the 4th quarter of 2014. Increasing domestic demand and private sector investments were able to counter the slowing pace of international trade led by the collapse in oil prices.

Malaysia as a big exporter of oil, has grown accustomed to this resource making up a substantial portion of government revenue. At 30% as late as 2013, it is down from nearly 40% in 2009. It shows how rapidly the economy of Malaysia is diversifying, although the current account surplus did drop by 20% in the last quarter of 2014. The country remains, the 2nd largest natural gas exporter in the world after Qatar. 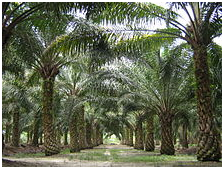 Malaysian imports equal $193 billion USD in value. The largest percentage of goods consist of chemicals, electrical and electronic products, iron, metal manufactures, petroleum products, plastics, steel products and vehicles. Major import partners begin with China at 15.1% of the total trade, followed by Singapore at 13.3%,and Japan at 10.3%. The United States comes in 4th at 8.1%, Thailand at 6.0% with Indonesia and South Korea at 5.1% and 4.1% respectively. 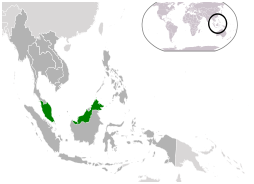 The Country Of Malaysia

Foreign direct investment (FDI) exceeded $77.4 billion USD already by 2011. In the past year, it has increased by $12.3 billion USD. At the beginning of 2014, gross external debt was just over $100 billion USD. Foreign reserves had grown to $140 billion USD, by the middle of 2013. The credit rating of Malaysia ranks in the A category in all measurements.

According to the Heritage Foundation Freedom Index, the country of Malaysia ranks 8th regionally out of 42 countries and 31st in the world. There were improvements in freedom of business, corruption, and trade over the past year. It exceeded in balance, the declines in the management of government spending and labor freedom. This allowed the score to increase by 1.2 points since last year, giving the country an overall score of 70.8.

Since 2011, the score for Malaysia has increased by 4.5 points, the 3rd largest point increase in the Asia – Pacific region, allowing the country to be classified as mostly free. There were double digit increases in the categories of business freedom, financial freedom and investment. While rule of law is still relatively weak, the government has taken action to tackle corruption.

The government maintains investments in airlines, automobiles, banking and media. Government spending amounts to 29.5% of the domestic economy with public debt equal to 58% of GDP. That is considered quite low, when one compares rates that are far larger in Europe and in the United States.

The top individual income tax rate is 26%, with the top corporate rate at 25%. There is also a sales tax and a capital gains tax in Malaysia. Overall, tax revenue amounts to 16.1% of domestic income. These figures indicate the reliance the country maintains on energy exports, which will force the country to change present fiscal policies in the near future.

Malaysia has kept an average tariff rate of 4%, but the economy has befitted from past cuts in this rate. Trade agreements have reduced barriers even further. Adherence to the TPP (Trans-Pacific Partnership) will provide further impetus in the direction of trade and openness of the Malaysian economy.

Although foreign investment in a number of sectors in the economy is capped, this will become increasingly difficult as the economy becomes internationalized. The government has implemented policies to open up the financial sector to greater competition. However state owned enterprises retain sizable shares in banking, including the 2 largest banks in the country. 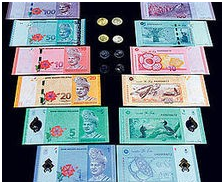 The currency of the country, the Malaysian ringgit has not been internationalized since 1998. This was the result of the 1997 Asian Financial Crisis. The speculative short selling of the ringgit at the time, prompted this. Capital controls are now weakening and it is assumed that the currency will regain international convertibility status, within the next couple of years.

Proton Prevé, A Car Made By Malaysia’s Car Company Proton

Beginning in 2013, the central government reduced fuel subsidies and later increased tariffs on electricity, to help reduce budget deficits. Although other distortionary subsidies and price controls remain in place, the declining revenues from energy exports, will eventually force the further reduction of these economic growth impediments.

The regulatory framework of Malaysia does facilitate business activity both domestically and internationally. There is no minimum capital required and incorporation only takes three procedures. In addition, it can be achieved in less than 6 days. A flexible labor market allows efficiency, but there is still a need for an even more highly skilled workforce. This means there will need to be further reforms in education and vocational training. 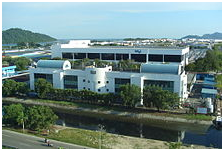 Manufacturing accounts for over 40% of GDP and will remain so for some time to come. As one of three countries that control the Strait of Malacca, international trade will continue to play a major role in the economic development of the country. Malaysia has grown to be the largest Islamic banking and financial center in the world.

The 1991 government plan, (Vision 2020) that would make Malaysia a self sufficient industrialized nation by 2020, may well be achieved as early as 2018. There are some analysts that are estimating that Malaysia will become the 21st largest economy globally by 2050. This will have the country with a GDP is excess of $1.2 trillion USD, in constant year 2000 dollars. 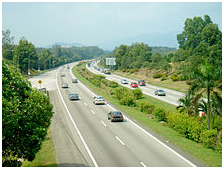 The North–South Expressway, The Longest Highway in Malaysia

Malaysia is one of the most technologically developed nations in Southeast Asia. Infrastructure is modern and is designed to assist in economic development, with business expansion particularly in mind.

The system of communications and transportation hubs are among the best in Asia. The telecommunications market uses digital and fiber optics. There are 5 international airports, well maintained highways, and 7 international seaports. This allows the country great access to the Asian- Pacific market.

On the whole Malaysia offers a young, educated and relatively productive workforce. It still provides sufficient manpower for the present needs in the manufacturing and service sectors.

There is a wide spectrum for investment opportunities, especially in advanced electronics manufacturing and biotechnology. There is also extensive possibilities in research and development within a number of manufacturing fields. At present Malaysia has more than 5,000 foreign companies, from over 40 countries. 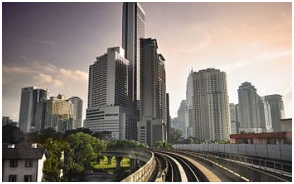 In addition to a stable society, another advantage for investors is the wide use of English in accounting, business and legal matters. It is a result of the country being a former colony of the United Kingdom. There is a large local business community, with a long history in international business links. This is compatible with the ample international business community, in all sectors of the economy that is in existence as well.

International investors will find a safe and comfortable living environment, that will be surprisingly advanced. There is abundant up to date housing and modern amenities. The technologically innovative state of the medical facilities within the country, has resulted in a sizable business with medical tourism. There are competitive educational institutions, along with world class recreational and sports complexes located around the country. In addition, a plethora of shopping opportunities exist with goods available from all over the globe. Individuals who choose to relocate to this part of the world, will easily be able to continue an advanced world standard of living by residing in Malaysia.