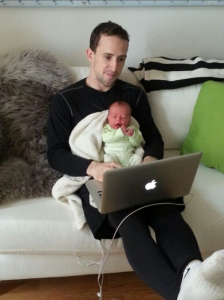 Editors Note:  For those of you that don’t know the man we call Ice Man is a professional hockey player in Europe.  He changed his schedule around so that he could practice in the morning and trade in the afternoons.

Hockey has always been his passion and he continues to day trade and play professional hockey. There were times where he traded inside of his very locker room and others where he had his newborn sitting on his lap.

Today he traded on the bus heading towards his game all because he had access to high speed internet.  Really excited to share some of the plans that we have for the future.

All of of our Master Traders have been doing exceptionally well and it is one of the reasons we have had so much success at The Day Trading Academy.  Wanted to share his chart before the market closed. Stay tuned as he plans on giving us a full write up of his trades after he dominates his hockey match.

Hey everyone! Trying to consistently document my trades on the site to give everyone a chance to see trades on a daily basis and not just the great days.

Today was a special day that was almost a bad day. I had to see a specialist for my nagging ankle injury so I decided that on the way back, on the way to our playoff game, I would trade on the bus.

Well, as you can see from my chart, I ended up with 9.75 points and made several mistakes along the way that I can attribute to my teammates screaming in my ear. I took two very aggressive trades against momentum and moved my stop behind the FYL both times. They both failed and I found myself down 3+ points.

When you are aggressive, you are going to lose some trades that look really bad (can’t look much worse than those two). However, you can see a couple very aggressive trades later in the day that I allowed to “run,” and it made up for the bad trades. The key is to be aggressive and “ride the wind” when the market is trending  like it was in the later morning.

After receiving many emails on the subject of “breaking the rules,” I think it’s important to say that trading is all about expectation. As you can see from my charts this week that I take some trades that will make you scratch your head. To me, they are compelling trades with a high probability. The guidelines set forth by DTA are a fantastic foundation that should be everyone’s bread and butter. With that said, spend that precious time in front of the screen, and you will pick up on so many things on your own.

The beauty of DTA is we share these new trade setups within our community, or army as we call it, and it makes everyone better.

If anyone wants or needs help, don’t hesitate to ask. As I write this I’m on my way to another specialist. That’s the life of a hockey player 🙂

Click here to see all of our market recaps 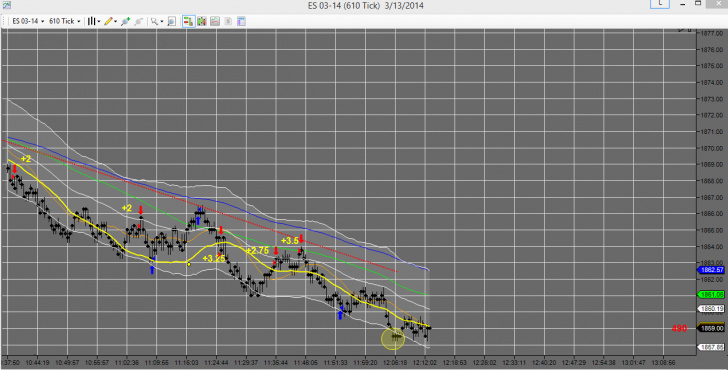