Italy is not a good place to make an investment in at this juncture in history. Although Italy is the third largest economy in the European Union after Germany and France it also has the highest debt level. Since 2010 Italy’s public debt has risen from 116% to 133% of its GDP (Gross Domestic Product). The problem for Italy is the shrinking economy. Since 2010 the Italian economy has declined 4% in real terms. Growth finally returned in the last quarter of […]

A long term investment in Molycorp to diversify your stock portfolio might be a way to diversify your holdings in commodities. Molycorp is an American company that was founded in 2008. The company has seen its stock price decline in early January from close to $6.00 USD (United States Dollar) a share to $4.69 USD as of close of business on May 01, 2014. In the last year the stock share price of the company has seen a high of $8.06 USD […]

There are two major considerations one makes as an investor. What is the available supply and what is the present and future demand for the product or commodity? Rare earth minerals have numerous industrial purposes and supplies throughout the world have become dependent on one nation. This was not a major concern to most manufactures when it was the United States. In the 21st century the major supplier of these vital industrial minerals has been China. The industry on the whole is […]

The rapid expansion of investment in East Asia in the post war period was partly the result of the presence of American troops from the mid 1940’s until the present day. The troops stationed in Japan, South Korea and The Philippines as elsewhere allowed these nations to concentrate on economic growth rather than defense. When China under the late Deng Xiaoping decided that economic growth was good in the late 1970’s and early 1980’s the threat of military confrontation receded. The rapprochement […]

To make an investment when the economy of a country is just beginning an economic recovery is often the best move one can make. A well considered business plan in Spain could be very profitable for the entrepreneur. The ease of doing business ranks 52 in the world. Spain had been a major destination for foreign investment from 1994 to 2008 with an economy growing on average 0.9% every quarter (3.6% annual rate). The country had a strong manufacturing industry and a […]

If one is looking to make an investment in the energy sector an investor would do well to consider the rapidly growing shale oil and gas exploration market in the United States. It has created a Renaissance in American energy production. Shale gas is a rapidly growing available new source of natural gas. This has become possible because of the utilization of two new processes known as horizontal drilling and hydraulic fracturing technology (fracking). The number of unconventional natural gas wells is […]

International investors have already begun to recalculate their plans for investment in parts of Europe and soon East Asia as well. The reluctance of the present American administration and numerous ones in Europe, to recognize that events on the ground has to change their computation in dealing with Russia, does not really matter. Cold War II has now commenced. The First Cold War lasted from the late 1940’s to the late 1980’s. It is uncertain how long this new phase in international […]

As any investor will tell you a company will only succeed if there is a demand for the product that it sells. Led Medical Diagnostics Inc (LEDIF in the United States) is a company that sells a medical screening device that can provide early detection for oral cancer. As the rates of cancer continue to increase throughout the world the market for this medical technology will easily be sustained thus, justifying the investment. The device designed and manufactured by LED Dental (a […] 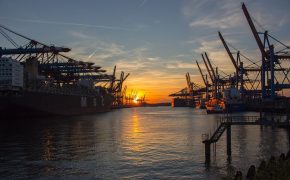 An investment in the flourishing economy of Peru can allow the entrepreneur the opportunity to get in on the ground floor of a country that is emphasizing economic growth above anything else. Peru along with Colombia and Chile have collectively decided that the 21st century will be about how their nations will join the economically advanced countries of the world. According to a number of statistics Chile has already arrived upon this goal with Colombia and Peru in hot pursuit. The economy […]

If there is a country that an investor should take an interest in it should be Chile. This mountainous country is one of the most politically stable and economically prosperous nations in South America. Chile is leading Latin America in economic freedom, income per capita, competitiveness, globalization and human development. Sound economic policies kept in place since the 1980’s have contributed to steady economic growth which has allowed the country to reduce poverty by 50%. The country also privatized its pension system […]